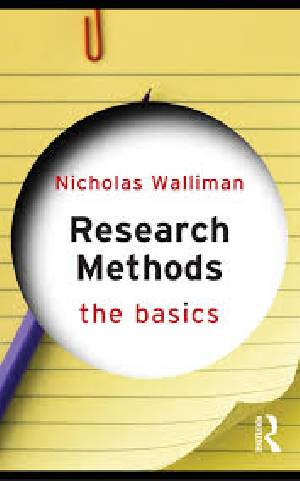 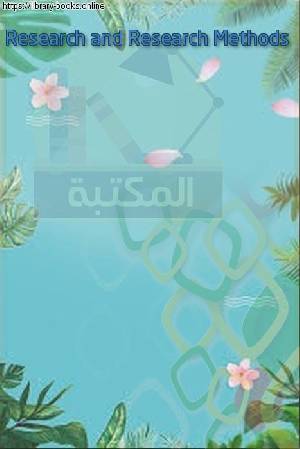 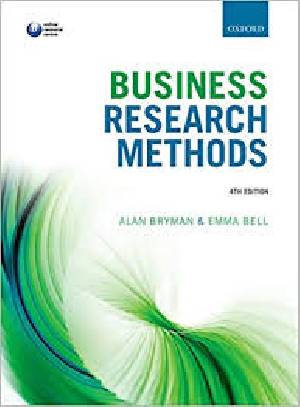 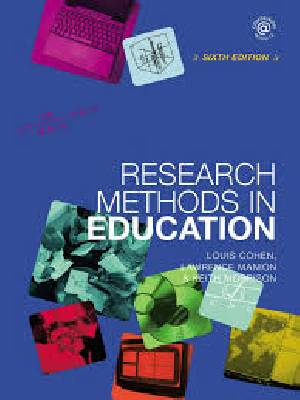 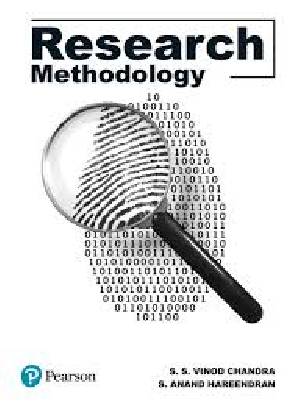 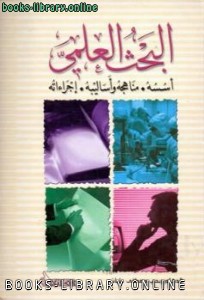 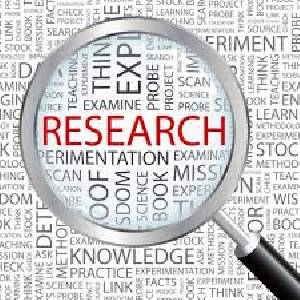 Research methods are the strategies, processes or techniques utilized in the collection of data or evidence for analysis in order to uncover new information or create better understanding of a topic.
There are different types of research methods which use different tools for data collection.

Experiments
People who take part in research involving experiments might be asked to complete various tests to measure their cognitive abilities (e.g. word recall, attention, concentration, reasoning ability etc.) usually verbally, on paper or by computer. The results of different groups are then compared. Participants should not be anxious about performing well but simply do their best. The aim of these tests is not to judge people or measure so-called intelligence, but to look for links between performance and other factors. If computers are used, this has to be done in such a way that no previous knowledge of computers is necessary. So people should not be put off by this either.

The study might include an intervention such as a training programme, some kind of social activity, the introduction of a change in the person’s living environment (e.g. different lighting, background noise, different care routine) or different forms of interaction (e.g. linked to physical contact, conversation, eye contact, interaction time etc.). Often the interaction will be followed by some kind of test (as mentioned above), sometimes before and after the intervention. In other cases, the person may be asked to complete a questionnaire (e.g. about his/her feelings, level of satisfaction or general well-being).

Some studies are just based on one group (within-group design). The researchers might be interested in observing people’s reactions or behaviour before and after a certain intervention (e.g. a training programme). However, in most cases, there are at least two groups (a between-subjects design). One of the groups serves as a control group and is not exposed to the intervention. This is quite similar to the procedure in clinical trials whereby one group does not receive the experimental drug. This enables researchers to compare the two groups and determine the impact of the intervention. Alternatively, the two groups might differ in some important way (e.g. gender, severity of dementia, living at home or in residential care, etc.) and it is that difference that is of interest to the researchers.

Surveys
Surveys involve collecting information, usually from fairly large groups of people, by means of questionnaires but other techniques such as interviews or telephoning may also be used. There are different types of survey. The most straightforward type (the “one shot survey”) is administered to a sample of people at a set point in time. Another type is the “before and after survey” which people complete before a major event or experience and then again afterwards.

Questionnaires
Questionnaires are a good way to obtain information from a large number of people and/or people who may not have the time to attend an interview or take part in experiments. They enable people to take their time, think about it and come back to the questionnaire later. Participants can state their views or feelings privately without worrying about the possible reaction of the researcher. Unfortunately, some people may still be inclined to try to give socially acceptable answers. People should be encouraged to answer the questions as honestly as possible so as to avoid the researchers drawing false conclusions from their study.

Questionnaires typically contain multiple choice questions, attitude scales, closed questions and open-ended questions. The drawback for researchers is that they usually have a fairly low response rate and people do not always answer all the questions and/or do not answer them correctly. Questionnaires can be administered in a number of different ways (e.g. sent by post or as email attachments, posted on Internet sites, handed out personally or administered to captive audience (such as people attending conferences). Researchers may even decide to administer the questionnaire in person which has the advantage of including people who have difficulties reading and writing. In this case, the participant may feel that s/he is taking part in an interview rather than completing a questionnaire as the researcher will be noting down the responses on his/her behalf.

Interviews
Interviews are usually carried out in person i.e. face-to-face but can also be administered by telephone or using more advance computer technology such as Skype. Sometimes they are held in the interviewee’s home, sometimes at a more neutral place. It is important for interviewees to decide whether they are comfortable about inviting the researcher into their home and whether they have a room or area where they can speak freely without disturbing other members of the household.

The interviewer (which is not necessarily the researcher) could adopt a formal or informal approach, either letting the interviewee speak freely about a particular issue or asking specific pre-determined questions. This will have been decided in advance and depend on the approach used by the researchers. A semi-structured approach would enable the interviewee to speak relatively freely, at the same time allowing the researcher to ensure that certain issues were covered.

When conducting the interview, the researcher might have a check list or a form to record answers. This might even take the form of a questionnaire. Taking notes can interfere with the flow of the conversation, particularly in less structured interviews. Also, it is difficult to pay attention to the non-verbal aspects of communication and to remember everything that was said and the way it was said. Consequently, it can be helpful for the researchers to have some kind of additional record of the interview such as an audio or video recording. They should of course obtain permission before recording an interview.

Case studies
Case studies usually involve the detailed study of a particular case (a person or small group). Various methods of data collection and analysis are used but this typically includes observation and interviews and may involve consulting other people and personal or public records. The researchers may be interested in a particular phenomenon (e.g. coping with a diagnosis or a move into residential care) and select one or more individuals in the respective situation on whom to base their case study/studies. Case studies have a very narrow focus which results in detailed descriptive data which is unique to the case(s) studied. Nevertheless, it can be useful in clinical settings and may even challenge existing theories and practices in other domains.

In participant observation studies, the researcher becomes (or is already) part of the group to be observed. This involves fitting in, gaining the trust of members of the group and at the same time remaining sufficiently detached as to be able to carry out the observation. The observations made might be based on what people do, the explanations they give for what they do, the roles they have, relationships amongst them and features of the situation in which they find themselves. The researcher should be open about what s/he is doing, give the participants in the study the chance see the results and comment on them, and take their comments seriously.

In non-participant observation studies, the researcher is not part of the group being studied. The researcher decides in advance precisely what kind of behaviour is relevant to the study and can be realistically and ethically observed. The observation can be carried out in a few different ways. For example, it could be continuous over a set period of time (e.g. one hour) or regularly for shorter periods of time (for 60 seconds every so often) or on a random basis. Observation does not only include noting what happened or was said but also the fact that a specific behaviour did not occur at the time of observation.

Observational trials
Observational trials study health issues in large groups of people but in natural settings. Longitudinal approaches examine the behaviour of a group of people over a fairly lengthy period of time e.g. monitoring cognitive decline from mid to late life paying specific attention to diet and lifestyle factors. In some cases, the researchers might monitor people when they are middle-aged and then again after 15 years and so on. The aim of such studies is usually to determine whether there is a link between one factor and another (e.g. whether high alcohol consumption is correlated with dementia). The group of people involved in this kind of study is known as a cohort and they share a certain characteristic or experience within a defined period. Within the cohort, there may be subgroups (e.g. people who drink moderately, people who drink heavily, people who binge drink etc.) which allow for further comparisons to be made.

In some cases, rather than following a group of people from a specific point in time onwards, the researchers take a retrospective approach, working backwards as it were. They might ask participants to tell them about their past behaviour, diet or lifestyle (e.g. their alcohol consumption, how much exercise they did, whether they smoked etc.) They might also ask for permission to consult the participants’ medical records (a chart review). This is not always a reliable method and may be problematic as some people may forget, exaggerate or idealise their behaviour. For this reason, a prospective study is generally preferred if feasible although a retrospective pilot study preceding a prospective study may be helpful in focusing the study question and clarifying the hypothesis and feasibility of the latter (Hess, 2004).

Studies using the Delphi method
The Delphi method was developed in the United States in the 1950s and 1960s in the military domain. It has been considered particularly useful in helping researchers determine the range of opinions which exist on a particular subject, in investigating issues of policy or clinical relevance and in trying to come to a consensus on controversial issues. The objectives can be roughly divided into those which aim to measure diversity and those which aim to reach consensus.

Different ways to employ this method have been devised but they tend to share common features, namely a series of “rounds” in which the participants (known as “panellists”) generate ideas or identify salient issues, comment on a questionnaire (constructed on the basis of the results from the first round) and re-evaluate their original responses. After each round, a facilitator provides an anonymous summary of the forecasts/opinions made by the experts and of their reasons.

There is no limit to the number of panellists involved but between 10 and 50 might be considered manageable. The panellists are chosen on the basis of their expertise which could take many forms (e.g. aca
demic, professional or practical knowledge, personal experience of
having a condition, being a service user etc.) 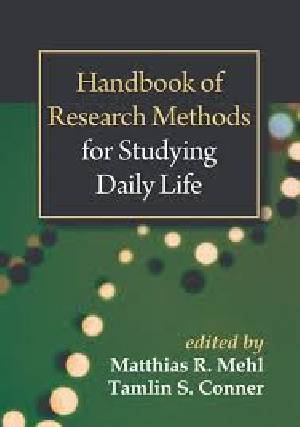 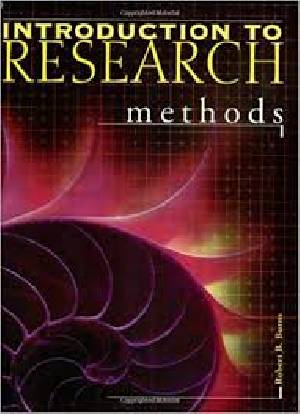