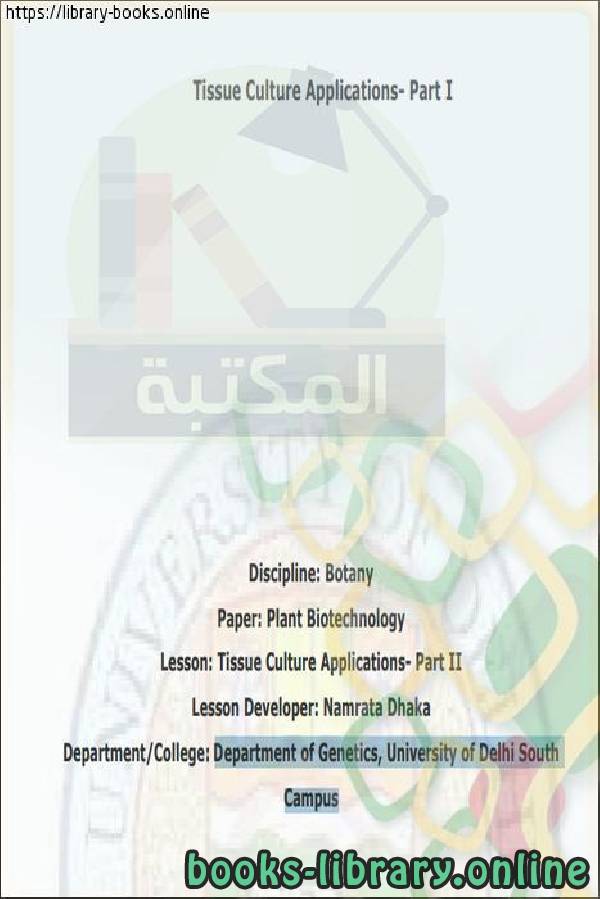 Learning Outcomes
After reading the lesson the reader should be able to understand the
• Importance of haploid and hybrid plants.
• Mechanism of development of a complete plant from a microspore.
• Androgenesis, gynogenesis, somatic hybridization, protoplast fusion and embryo rescue.
• Basic steps involved in in vitro production of haploids and hybrids.
. المزيد..

Learning Outcomes
After reading the lesson the reader should be able to understand the
• Importance of haploid and hybrid plants.
• Mechanism of development of a complete plant from a microspore.
• Androgenesis, gynogenesis, somatic hybridization, protoplast fusion and embryo rescue.
• Basic steps involved in in vitro production of haploids and hybrids.