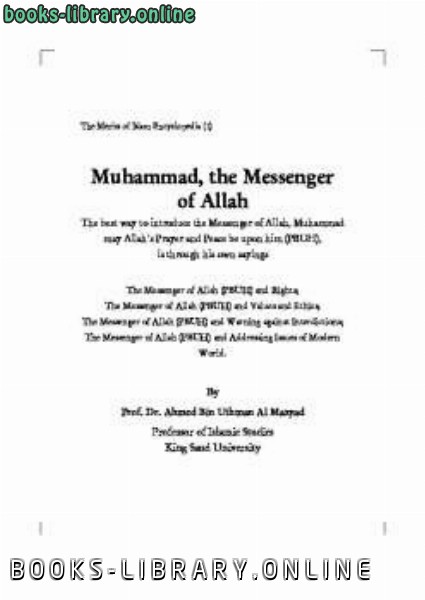 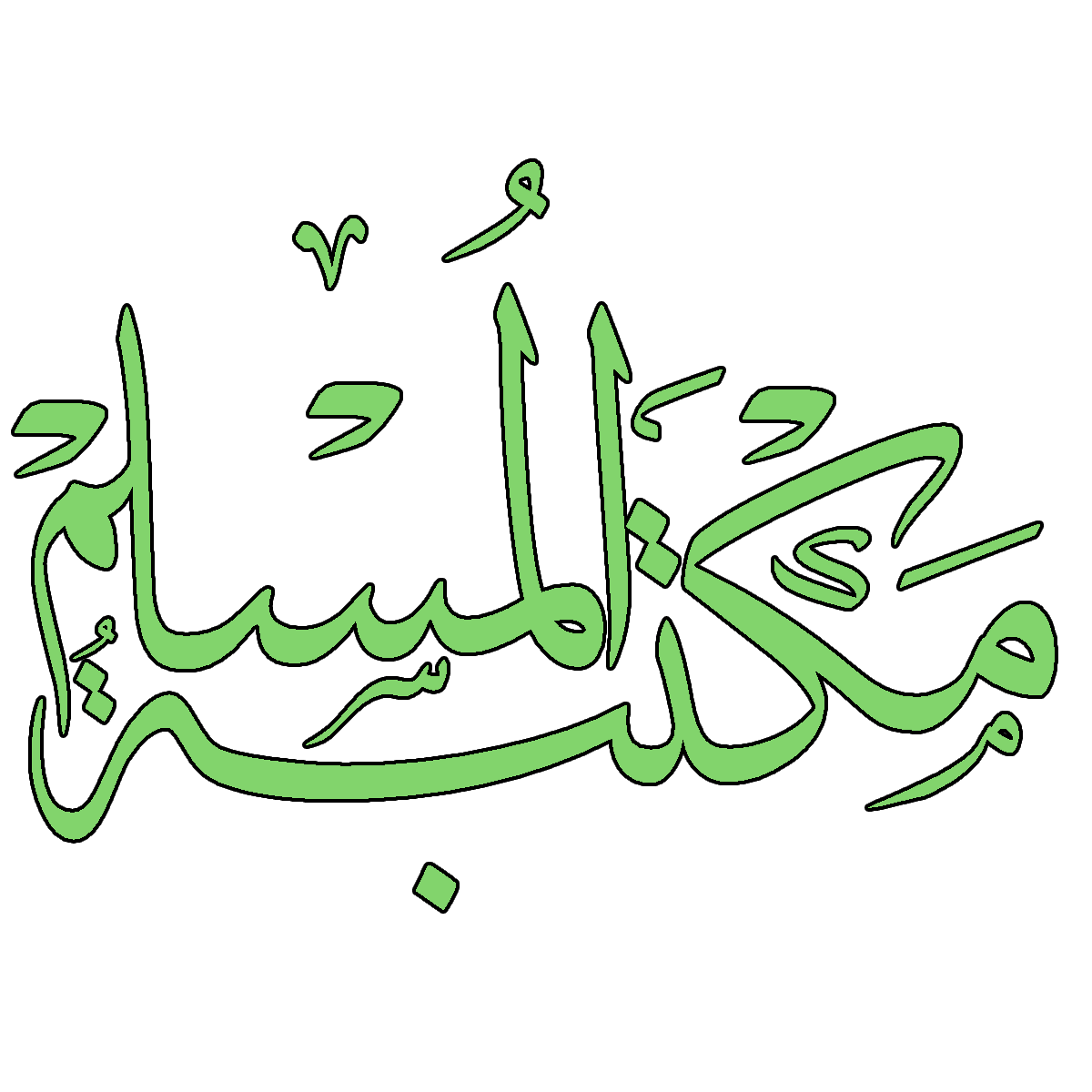 Muhammad the Messenger of Allah

All praise be to Allah, and may His Prayer and Peace
be upon His Messenger, his family, companions and
followers.
Today, humanity is in a dire need to identify the great
figures of history who provided the whole world with the
best services, works and ethics.
Undoubtedly, the greatest of these figures ever, are the
messengers and prophets of Allah1 by Whom they were
elected and assigned divine messages to deliver, and top
among them are the so-called "the Messengers of Strong
will"; i.e., Noah, Abraham, Moses, Jesus, and Muhammad,
may Allah's Prayer and Peace be upon them all.
We, the Muslims, are required to introduce the
Messenger of Allah, Muhammad (PBUH)2

, and his noble
contributions thereto to the peoples of this world as these
have contributed largely to streamlining such peoples'
course, moving them to the right path and straightforward
1- A concept referring to God in Islam.
2- This is particularly important these days considering actions by
apparently few Muslims which distorted the image of Islam because of
their hostile practices and terrorist aggressions, explosions, kidnapping
and hijacking against people and property on religious grounds, while
Islam is entirely against such horrible acts.

Muhammad (PBUH), the Messenger of Allah 4
disposition, and making comprehensive change on
religious, economic, political and social levels which came
to be assured later on by key Western authors and
historians.
Consequently, the best way to introduce our Prophet
Muhammad (PBUH) is through his own sayings, actions
and stances, and their impact thereof on the whole world
since these are truly the components of his biography,
character and message for 'actions speak louder than
words'.
Accordingly, this is what I intend to offer in this
book1
as I have collected some of the Prophet's (PBUH)
sayings on many issues the modern world is crying out for
a solution, so the reader would figure out the extent to
which humanity is in a dire need to act upon such sayings
for the benefit they yield for the individual, community,
states and humanity at large; i.e., a course of action much
promoted by all prophets and messengers. 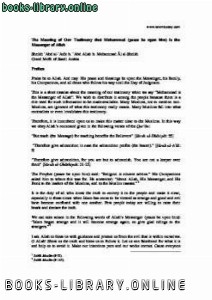 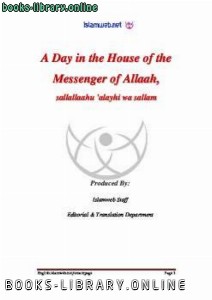 The Wives of the Messenger of Allah PDF 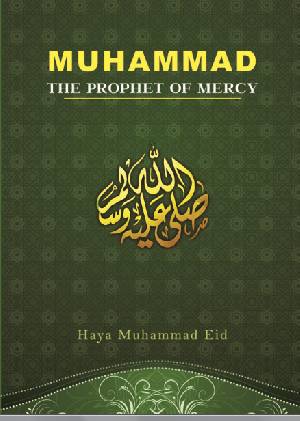 Muhammad the Prophet of Mercy PDF 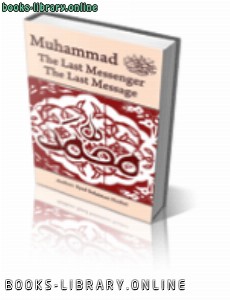 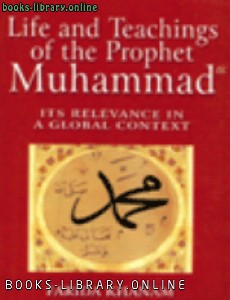 Life and Teachings of the Prophet Muhammad PDF