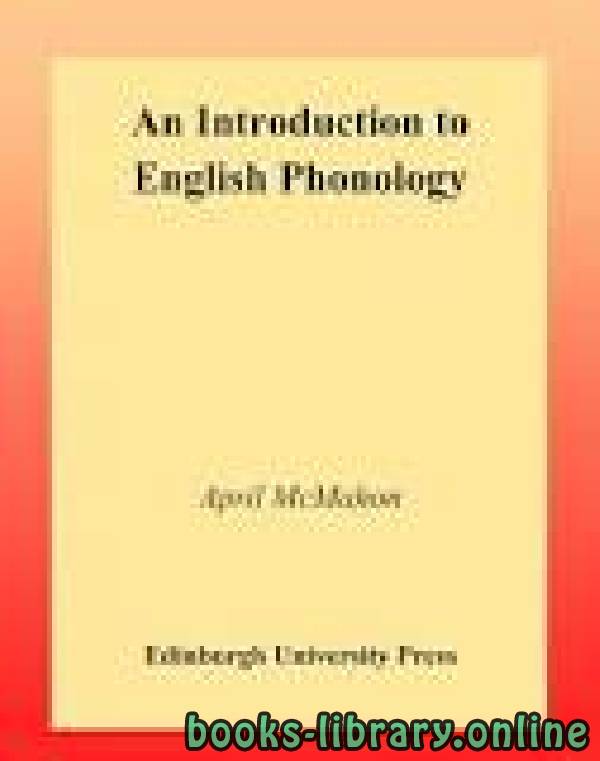 An Introduction to
English Phonology

An Introduction to English Phonology

An Introduction to
English Phonology